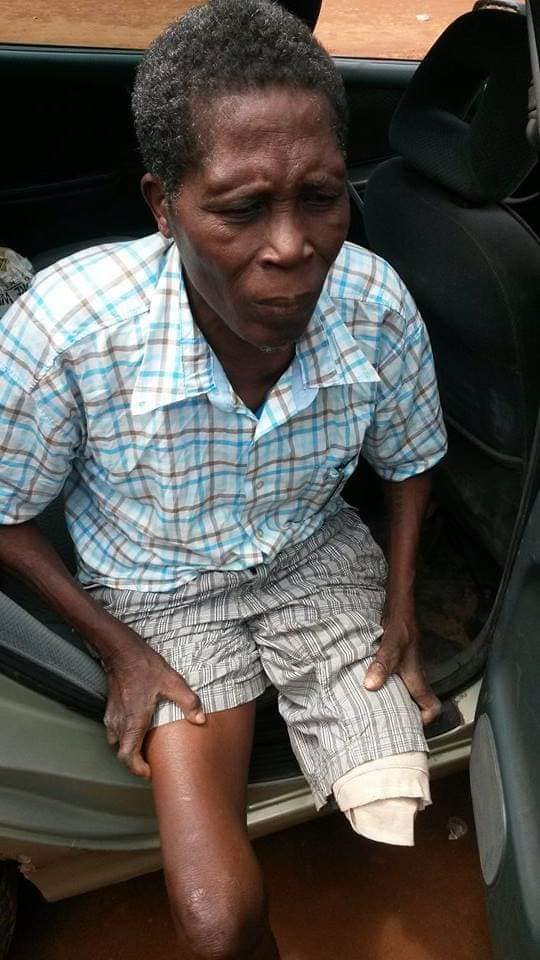 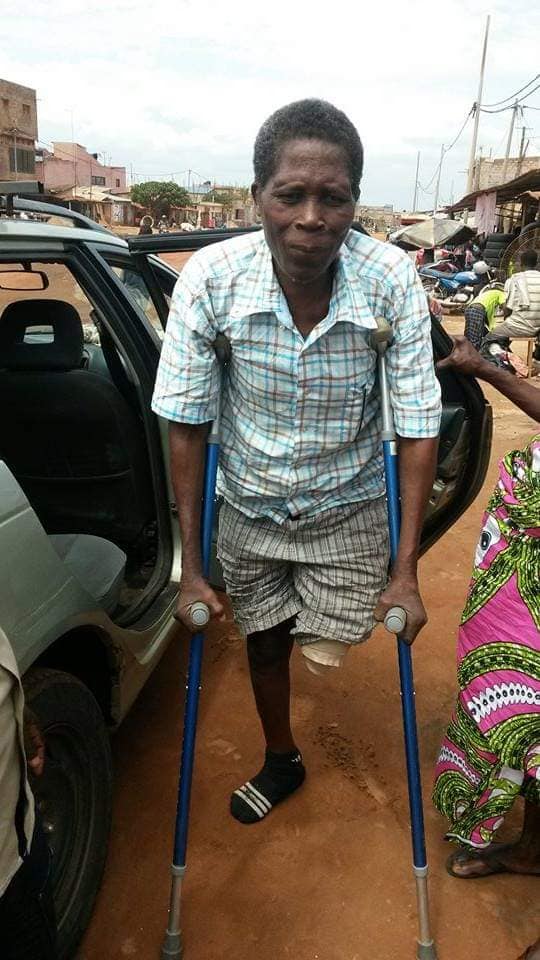 We first met Emmanuel in 2018. About 14 years ago he was diagnosed with leprosy and, to minimize transmission, he was sent to a Leper colony where he was supposed to spend the rest of his life. Luckily, after spending about 10 years at the colony he was able to access free treatment for his leprosy and he was finally able to return to his home. Shortly after returning home a lump began to form on top of his foot. Initially the lump was small and did not cause Emmanuel any discomfort but the lump continued to grow, leading to severe pain, and making it difficult for Emmanuel to walk. Emmanuel then sought treatment at our clinic, however the small lump on his foot had progressed into a major tumor, thus requiring an above-the-knee amputation of his left leg. This news was devastating to Emmanuel! He had already suffered with leprosy, away from his family and friends, for several years, and now he was being told that he was going to lose his leg! To support Emmanuel we prayed with him, we explained the procedure to him, and Pastor Mic provided him with counseling. Due to the complexity of the procedure Emmanuel required, we referred him to the ABWE Hospital in Togo for the procedure.

Through the contributions Clinics of Hope receives, and some additional funding from the Togolese government, we were able to cover all of the costs associated with his medical care. Emmanuel is currently in Lome, Togo, receiving physical therapy services. He remains in contact with our team and is forever thankful for all of the support he received from our team.
The total cost for Emmanuel’s treatment, including the surgery, transportation, food, housing, physical therapy, and a prosthetic leg will be $2000. Thanks to your contributions we were able to provide
Emmanuel with medical services he would not otherwise have accessed.